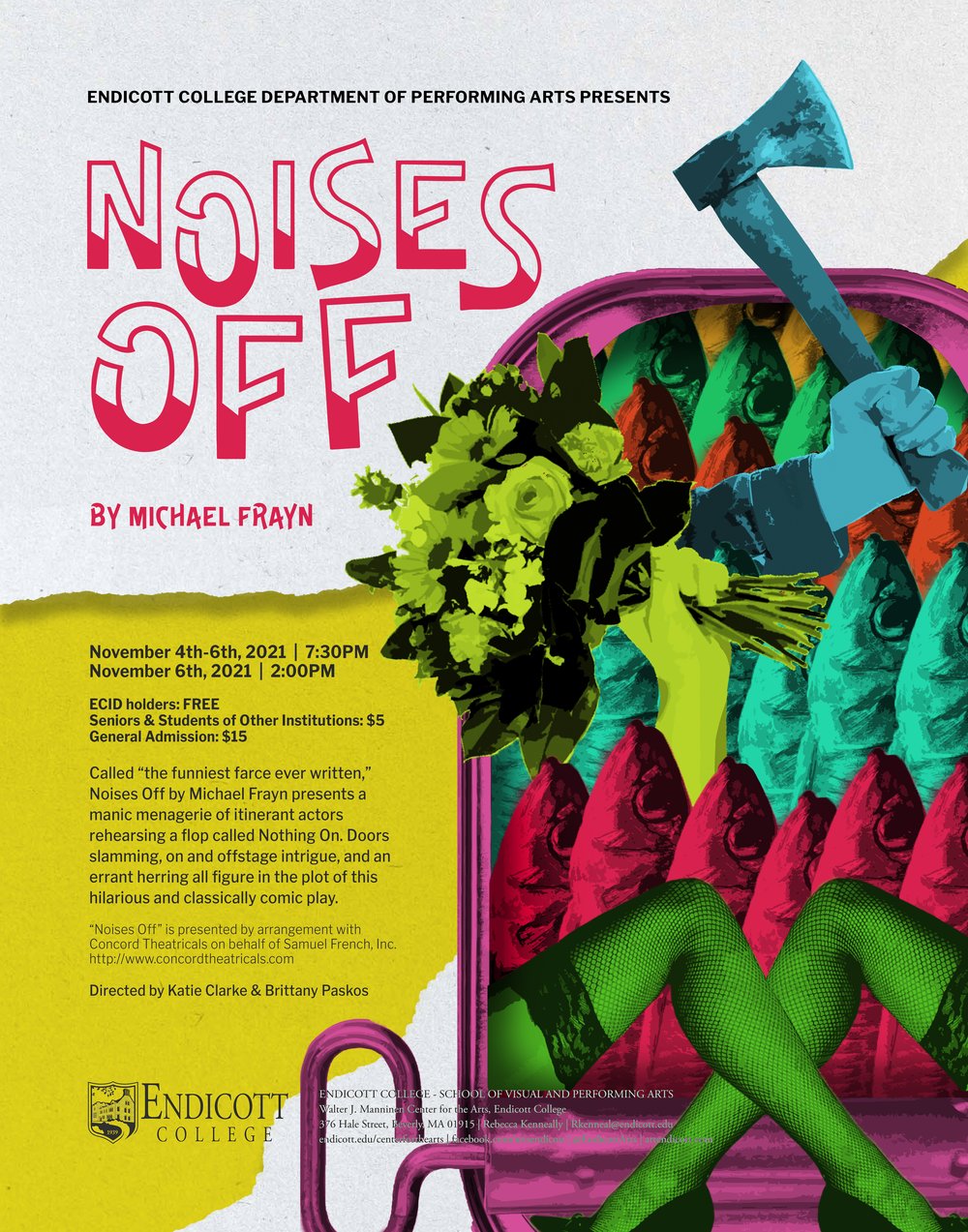 Called “the funniest farce ever written,” Noises Off by Michael Frayn presents a manic menagerie of itinerant actors rehearsing a flop called Nothing On. Doors slamming, on and offstage intrigue, and an errant herring all figure in the plot of this hilarious and classically comic play.

“Noises Off” is presented by arrangement with Concord Theatricals on behalf of Samuel French, Inc. http://www.concordtheatricals.com