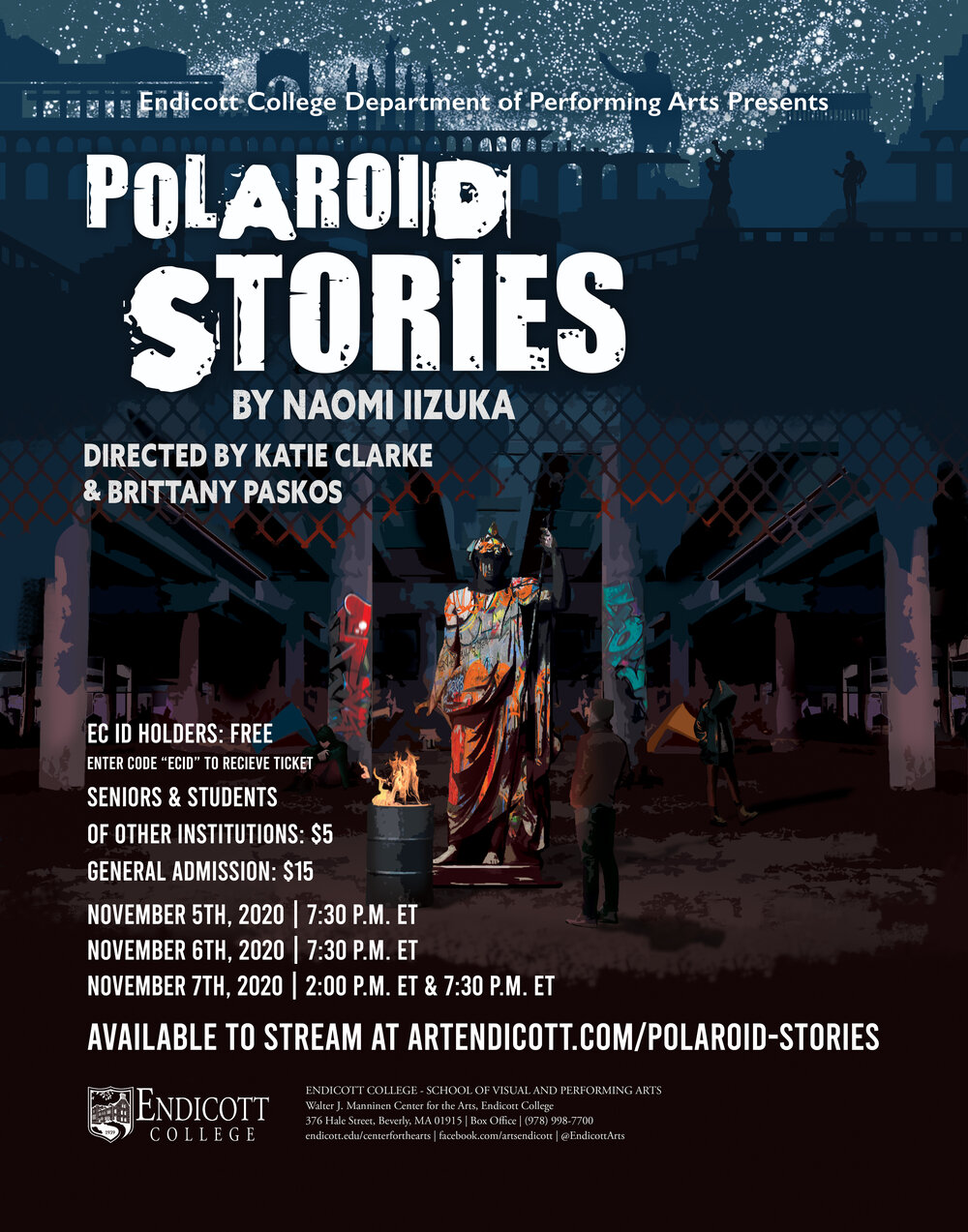 A visceral blend of classical mythology and real life stories told by street kids, Naomi Iizuka’s Polaroid Stories journeys into a dangerous world where myth-making fulfills a fierce need for transcendence, where storytelling has the power to transform a reality in which characters’ lives are continually threatened, devalued and effaced. Not all the stories these characters tell are true; some are lies, wild yams, clever deceits, baroque fabrications. But whether or not a homeless kid invents an incredible history for himself isn’t the point, explains diarist-of-the-street Jim Grimsley. “All these stories and lies add up to something like the truth.”

Inspired in part by Ovid’s Metamorphoses, Iizuka’s Polaroid Stories takes place on an abandoned pier on the outermost edge of a city, a way stop for dreamers, dealers and desperadoes, a no-man’s land where runaways seek camaraderie, refuge and escape. Serpentine routes from the street to the heart characterize the interactions in this spellbinding tale of young people pushed to society’s fringe. Informed, as well, by interviews with young prostitutes and street kids, Polaroid Stories conveys a whirlwind of psychic disturbance, confusion and longing. Like their mythic counterparts, these modem-day mortals are engulfed by needs that burn and consume. Their language mixes poetry and profanity, imbuing the play with lyricism and great theatrical force.